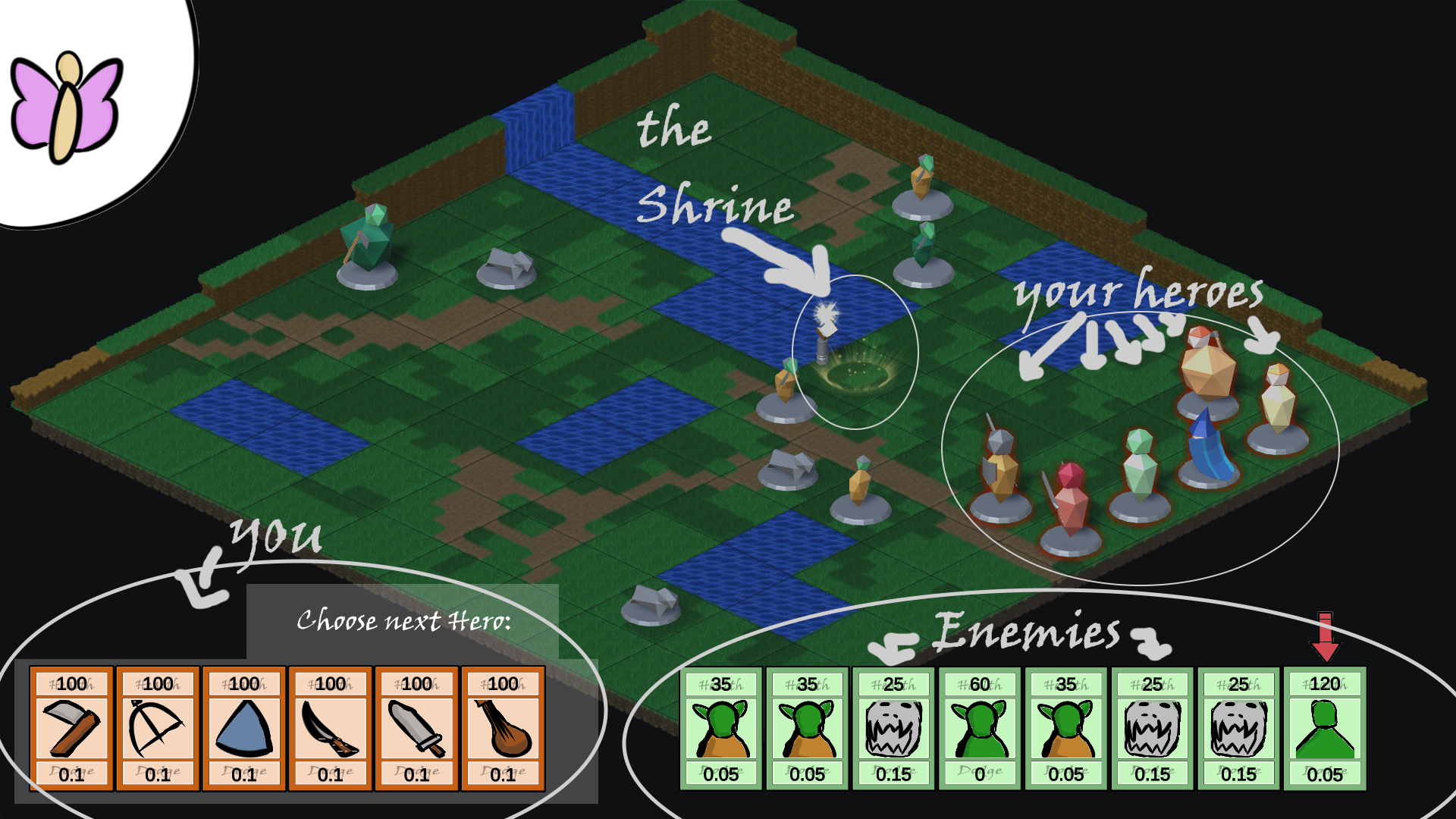 Sacrifices must be made! That’s a fact – at least for everyone playing Ludum Dare 43 games since that’s the theme of the jam this time.
It’s not the first game jam for me, but still this time its something special: No friend of mine had sufficient time to join me this weekend. So, I took three strangers from the internet as substitutions of friends for this weekend.
In fact, that was much fun! It was much fun to create a game with Trollface, a permanently name-changing US-American who did game design, 2D art, balancing and jokes and Jeikobu, our 3D low poly artist from Greece.
The good thing was: I had no one looking at my code, so I could hack every part that I did not want to put much effort into. The bad thing was: I had a lot to do. Why? Well, here comes the game:
You control a group of heroes (Why again heroes?): The fighter, the barbarian, the mage, the rogue, the bard and the ranger. It’s a classical D&D like party.
The game is grid and turn-based fantasy fighter, where you have to find good positioning and tactics to trade off health, action points and permanent buffs to be able to survive the goblins and orcs to reach the last stage: The final boss: a big bad demon.
There is a lot to implement and make and do. But it worked out very well I would say. Even the UI is responsive and finally intuitive (I would say – at least in comparison with all the other UI’s I’ve made in LDs before).

The one thing that I am really proud of is the music in the game, which I created in 40 minutes at Sunday morning. Taking some music instruments and my common mic I recorded multiple tracks, put them on top of each other using audacity (where I was not proficient with) and it worked! Wow – I even created the voice of the little fairy – the quest giver and tutorial help by sliding very high tones on the guitar. It sounds really nice!

Take some time and test: One for Another, a tactical combat game.